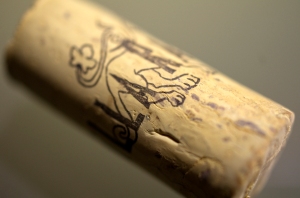 I love the white wines of Campania, so it was a great pleasure to be invited to Bianchirpinia 2012, which was held in Avellino recently. This event, centered around anteprima tastings of the new releases of the 2011 vintage of Greco di Tufo and Fiano di Avellino, along with producers visits and dinners, showed both the quality and variety of these lovely wines and reaffirmed in my mind that these are among Italy’s finest whites.

While there were also a few other wines – such as Coda di Volpe and a few examples of Falanghina – tasted those days, Greco and Fiano were the primary focus. These two wines, produced from vines that are comprised of mixed soils – including volcanic deposits – are wines that beautifully display a sense of place. As most producers opt not to mature these wines in wood, the aromatic profiles of each stand out, with Greco delivering more lemon and pear aromatics (along with a pleasing note of almond in the nose and the finish), while Fiano is more identified (for me, at least) by more exotic fruits such as kiwi and mango along with lime and ripe pear (these notes of tropical fruit were more common in a warmer year such as 2011).

Another difference is with aging potential, as Greco tends to drink best within five years of the vintage date, while that increases to seven or more with Fiano. Indeed Fiano is a bit fatter on the palate with a more lush finish, while Greco tends to be more reserved with slightly higher acidity (in some cases) as well as having a bit more minerality. These estimates about aging are general of course and it’s always a treat to learn about a Greco or Fiano that shows well more than a decade out, such as the time earlier this year when I tasted the 1994 Greco di Tufo with owner Raffaelle Troisi at Vadiaperti at his cellars in Montefredane. Light yellow in appearance, here was a beautifully balanced wine with great freshness – I thought I was drinking a five year old wine, not one that was eighteen years old! 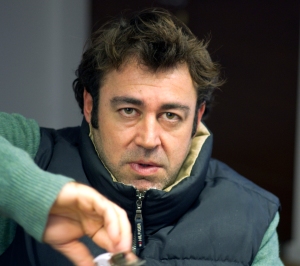 As for the particular qualities of the 2011s, this is a successful vintage with expressive fruit and very good concentration. If there is a criticism one can make of this vintage, it’s that the wines as a rule don’t have the acidity of the best vintages, such as 2010, 2009 or 2008. Sabino Loffredo, proprietor/winemaker at Pietracupa in Montefredane, explained to me that there wasn’t the usual rain in September in 2011, so grapes ripened more quickly. 2011 also has the misfortune of following 2010 which in Loffredo’s words, “is one of the finest vintages for Greco and Fiano of the last twenty years.”

So while I couldn’t give 2011 a 5-star rating, it is a solid 4-star (excellent) vintage for the best producers. Here is a short list of my favorite examples of Greco di Tufo and Fiano di Avellino from 2011:

Generally, I was more impressed with the examples of Greco di Tufo from 2011 than the versions of Fiano di Avellino, but perhaps the Fianos will show much better with another year or two in the bottle.

A few examples of Fiano from 2010 and 2009 were also tasted out; these wines showed beautifully, especially the 2010 Urciuolo (enticing aromas of peony, chamomile and lemon rind) and the Villa Diamante “Vigna della Congregazione”, which has been among my top two or three examples of Fiano every year, as this is routinely a great wine, with a lush, oily feel and outstanding persistence.

Regarding the recent 2012 harvest, Sabino Loffredo told me that while the year started off on a question mark, things improved during the growing season; in his words, 2012 could be quite a pleasant surprise. If Sabino says so, you know it’s true, so I’m excited about trying this new vintage when the wines are released in 2013.

It is vitally important for an event such as Bianchirpinia to continue, as it is an excellent showcase for Greco di Tufo and Fiano di Avellino, which in my mind are most certainly among the upper ranks of Italy’s finest white wines. Given that more artisan producers have started to make these wines over the past decade, the overall quality has never been higher. Great news for lovers of Italian white wine!

Thank you to Diana Cataldo of Miriade and Partners for the invitation to this event and for organizing an excellent two days in Irpinia.